How Should We Remember Martin Luther King Jr.? 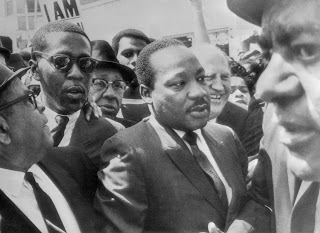 I confess that I wasn't always a fan of Dr. Martin Luther King Jr. My parents weren't fans during my formative years when he was alive (he was murdered a few months before my 12th birthday, in 1968). He was a reputed philanderer while married and a Baptist preacher, with alleged communist connections. I have no idea what the truth is, and at this point, it doesn't matter.

Dr. King was brilliant in many ways, both as a messenger of the gospel and as an agent for change in the cause of Civil Rights. It would cost him his life, and I think he saw it coming.

Sadly, Dr. King isn't celebrated as he should be today, because his approach is now not acceptable to the Black Lives Matter organization or their compatriots at Antifa. Nor is his admonition to be judged on the "content of our character" instead of the "color of our skin" consistent with the "Critical Race Theory" crowd that dominates our educational institutions from elementary schools to a Ph.D.

There's more. No one ever quotes this from Dr. King's "I have a dream" speech of August 28, 1963 from the steps of the Lincoln Memorial:

“The marvelous new militancy which has engulfed the Negro community must not lead us to a distrust of all white people, for many of our white brothers, as evidenced by their presence here today, have come to realize that their destiny is tied up with our destiny, and they have come to realize that their freedom is inextricably bound to our freedom. We cannot walk alone.”

Whoa. Imagine if he were still around today to repeat that.
But don't take my word for it. After all, I'm the lowest form of human life today, an old white male. Take it from his niece, Alveda King, via Fox News (the post is too unwieldy to paste here):  Alveda King: Martin Luther King Jr.'s inspiring message to a nation plagued by violence, injustice, discord | Fox News
Oh, and while you're at it, read his famous letter from the Birmingham Jail. It is timeless.
Posted by Bucknelldad at 8:45 PM