The Commonwealth of Pennsylvania, one of the original 13 colonies, has its shortcomings and challenges. But one of its greatest attributes is its wonderful series of township, county and state parks. They are remarkably abundant where we live here in southeastern PA, both in Delaware and Chester Counties (and I know that Montgomery and Bucks County are equally blessed), despite being a heavily populated area. 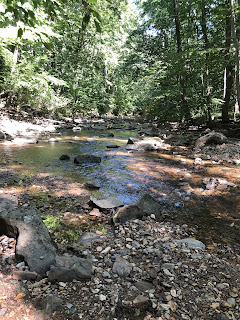 Over this wonderful Labor Day weekend, my much better half and I explored two parks we’ve never visited. The Willows, a Radnor Township park about 5 miles from our house, and ChesLen Preserve, a 1,200 acre privately owned but publicly accessible (no entrance fee, as they charge for nearly EVERYTHING in Delaware) in western Chester County (between Marshalton and Longwood Gardens, for those who know the area).

The Willows is a fantastic park. The first photos below come from that great facility. We found ourselves lost and wandered through a couple of beautiful neighborhoods in a tony section of the Main Line (St. Davids), and had to make our way past an old bridge under reconstruction along Darby Creek. But worth it.

ChesLen is interesting. Not as enjoyable, since it is mostly a corn, soybean, and hay farm adjacent to the West Branch of the Brandywine River, kind of like walking through Iowa (with more hills), but nonetheless a treasure of the area. We chose not to visit the “Stargazing Stone” used by the a couple of gentlemen named Charles Mason and Jeremiah Dixon (you know, The Line) to do boundary work. So much history. And it was the site of a “poorhouse” for indigent children and adults, when it was established in 1798, which signaled a massive improvement over the way these people were treated - and previously abused - by society. There’s a “potters field” where many of them were buried, “known only to God.” 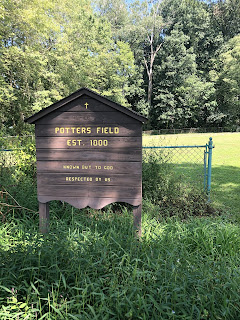 I was surprised to discover that this land was used by the owners of the legendary King Ranch in southern Texas to fatten up short-horn cross breeds on the lush fields of the area.

And after 18 years here, we have many more parks yet to explore. And I marvel at the life-time residents of this area (which are legion) who are blissfully unaware of, and have never visited, these beautiful and historic jems. So much we should learn from history, and it’s easily accessible.

I only regret that more of our friends haven’t made our way here to explore this region with us. There’s not much like this in overcrowded and overdeveloped northern Virginia.