The Studies Pile Up: Many Trump Voters Are Not Disclosing Support to Pollsters

Many of us have been pretty critical of the integrity, quality, and especially the analysis of public opinion polling regarding political campaigns at the national and state levels. Polls affiliated with universities and colleges seem to be especially ineptly conducted and analyzed. Polls are snapshots in time and are clearly not predictive, but that's not how they're often treated. 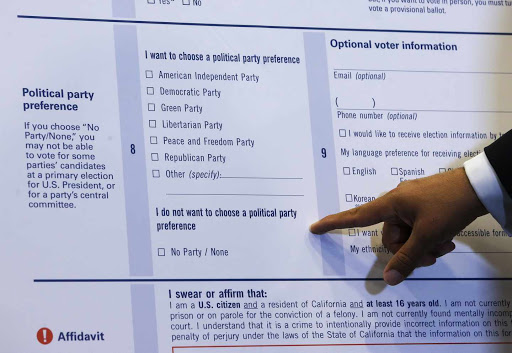 The problems I see with many (not all) political polls include focusing on "registered voters" instead of "likely voters" (a third or more of registered voters do not typically show up); underweighting self-identified Republicans (often at around 23%, versus what should be closer to 30%), overweighting Democrats (should be around 33%), and most notably, underweighting seniors - those over 65. This latter group comprises about 13% of the population, but in the 2016 election, composed closer to 20% of the electorate, including around 25% in some bellwether states, such as Wisconsin. It is Trump's strongest demographic. Determining the demographic and partisan composition of the electorate is a tricky business, for sure.
Pollsters today face enormous challenges. The "refusal rate" to participate in phone polling has breached 90%, and his highest among self-identified Republicans and conservatives. There are legal restrictions on calling mobile phones. And too few have mastered the science around online polling. The pioneers are figuring out a way to blend all three. Polling is very expensive and corners are sometimes cut.
But we're now seeing several studies - done by Scott Rasmussen, his former firm, Rasmussen Reports and others (as outlined here on John Solomon's superb news site, JustTheNews.com) have done work on this, as did authors
Salena Zito
and Brian Todd after the 2016 election ("The Great Revolt," the best post-election analysis) -- that there are a substantial number of voters who will not disclose their support for Trump to phone pollsters. This is called by some, "social desirability bias."
Zito and Todd reported in "The Great Revolt" that about 34% of Trump voters in 2016 didn't tell anyone of their support; Solomon's reporting on Rasmussen's work echoes that. Other studies put the number closer to between 11-15%. Regardless, that is significant.
I saw evidence of this in 1990 when I did some work with the Jesse Helms campaign in NC. Sen. Helms trailed in almost every poll that year against popular Charlotte Mayor and Democratic nominee, Harvey Gantt. Yet, on election day, Helms won by about 100,000 votes. Helms was "politically incorrect" in the tony cities of Raleigh, Charlotte, and elsewhere, excoriated by much of the state's leading news media (especially the Raleigh News-Observer) but loved in "the Piedmont."
So, here's another one, this one published by Bloomberg, hardly a pro-Trump news organization. Interesting stuff.
Posted by Bucknelldad at 9:08 AM