It's Time to Arm Up

It makes me sad to write this. But it is where we are.

It is time to arm up. Challenging times aren't just coming. They're here. Ask the McCloskeys.

They're coming for us. And the police, increasing numbers of whom are retiring and turning in their badges, aren't going to respond to your 911 calls, at least very quickly. Even if you're politically well connected. Their budgets are being cut, and the mob is no longer intimidated by our Thin Blue Line. And worse.

So, it is time to embrace the Second Amendment to the US Constitution. While it still exists. You know what it says:

"A well regulated Militia, being necessary to the security of a free State, the right of the people to keep and bear Arms, shall not be infringed."

Let's pass on the preparatory phrase and focus on what matters: "the right of the people to keep and bear Arms, shall not be infringed."

So, how do we "arm up?" Having done so thanks to a son of mine who is 1) a former Military Policeman and 2) a registered gun dealer in Virginia as well as a US Army expert marksman, I feel qualified to share some advice.

First, you need a defense plan for your home and family. Imagine the various ways The Mob might invade your neighborhood and property. It's not hard if you think about it. Where would they try to enter? How would they try to divert your attention, and destroy your property (think: Molotov cocktails).

Second, figure out what weapons and ammunition you may need. Most experts I know suggest three specific weapons: a shotgun (usually a .12 gauge), a pistol (usually a 9mm), and finally, something close to an AR-15. Not because they're 'scary-looking' or are more deadly than a .30-6 deer hunting rifle (they're not).

Why? A shotgun, while messy, is a good weapon when someone enters your home and you don't have the luxury of a targeted shot. A shotgun, especially a .12 gauge, spreads a lot of damage at close range. It's great when the attacker is in your home and you can see them close up. I inherited two shotguns from my recently-deceased father - a .20 gauge "bird gun" and a .410 single-shot "varmint gun" used by my great-great-grandfather. Neither great, but in a pinch, they can do a lot of damage. Enough, anyway.

A pistol is very valuable, and if you can get a concealed-carry permit, by all means, get one. It allows you 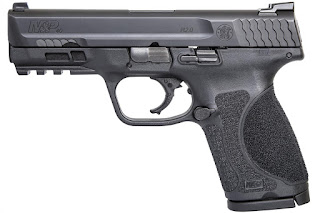 to carry your pistol in a concealed fashion while you visit malls and whatnot. But pistols are great for much of the same reason shotguns are, and are easier and quicker to use - and with the right ammunition (hollow point), you can disable an attacker very quickly with increased precision. A laser makes your targeting much easier. I personally prefer a .40 caliber Smith and Wesson "M&P" (Military and Police) Shield pistol because a .40 caliber can penetrate a windshield. Most police are happy with a 9mm.

Why is the ability to penetrate a windshield important? Have you seen videos on social media of people innocently driving into a wall of protestors, who proceed to damage vehicles and, in some cases, drag people out of their cars/vans/trucks to do violence? Would you rather lower your vehicle window so your 9 mm can “deter” the mob, or would you rather be able just to shoot, if necessary, through the windshield, to gain some leverage? I have my preference.

As for the "assault weapon," and I hate using the language of leftists, I have a .300 "Blackout," which my son built for me. I have several magazines that can hold over 30 bullets each, and it is a weapon that I can reload and fire quickly to eliminate attackers. You do NOT want to be on the wrong end of my .300 blackout. It will be messy. It makes an AR-15 look like child's play. I know that some states, including the People's Republic of New Jersey, limit your magazine size along with your ability to even buy or carry a gun, or even procure ammunition. Face it, you are vulnerable. If you live in New Jersey or a like-minded state, you should consider moving. Fast.

I know this all sounds very dystopian, even dark, and violent. But let's be real - the left is coming for you. Now, or later. And you have an obligation to prepare and protect your family, life, and property, even if you never have to use such force. And I hope you never do. But the closer you live to urban centers, the more likely it will become necessary.

Third, and this is really important, get trained. Every gun range I know employs or uses NRA-trained experts to help people understand how to use their weapons and to be comfortable with them. Schedule range time at least once per month (yes, I know it is expensive, but how much is your life worth?). Sadly, and alarmingly, Democratic governors have joyfully shutdown such ranges. Some have reopened. Even if you have to cross state lines, find ranges, get trained, get comfortable with your weapons, and you will be well served.

I'm sorry to be so scary. I hope it never comes to this. But it is obvious now that the left has been funded and planning for this for a while. They're coming after you, and you cannot depend on the police alone for your protection.

Get guns. Get ammunition. Get trained. And be ready.
Posted by Bucknelldad at 11:44 PM