As often happens during times of distress and cultural crisis, statistics are tossed around like 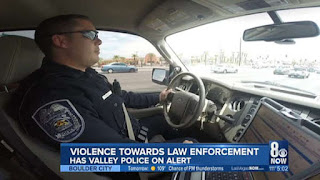 salads. And unfortunately, with respect to reports of police abuse against people of color (Black Americans, specifically), the old cliche is too frequently being proven again: "Figures lie, and liars figure."
The media's latest narratives, like so many of them on COVID and prior episodes of mass shootings, are filled with, at best, inaccuracies, and at worst, gaslighting.
Take this little nugget from a Pennsylvania's "PA Post," an online news service. They said in an email today, "When police officers use force in the line of duty, it’s disproportionately used against people of color." All police, everywhere, really? Then I clicked the link they conveniently provided - it was a New York Times piece focused on Minneapolis police.
Conservative author, blogger, and speaker Ben Shapiro last December wrote a superbly detailed post that debunked 11 myths about criminal justice, including police "force." It is a bit long and may require you to get a "reader pass" to the whole thing, but it would be worth it.
Here's an excerpt that is somewhat relevant given events of the past couple of weeks (although we know a gun was not used on murder victim George Floyd).
"Myth 6: The cops disproportionately shoot black people because of racism.
"Fact: The cops are less likely to shoot black people than white people in the same circumstances.
"When the police do come into contact with black people, police are less likely to kill black people than white people in the same circumstances, according to Professor Peter Moskos of John Jay College of Criminal Justice at CUNY. Moskos found that “Adjusted for the homicide rate, whites are 1.7 times more likely than blacks to die at the hands of police. Adjusted for the racial disparity at which police are feloniously killed, whites are 1.3 times more likely than blacks to die at the hands of police.”[36]
"Moskos isn’t alone. A widely-publicized study in July 2016 from Harvard Professor Roland Fryer surveyed over 1,000 police shootings and found that black suspects are shot less often than white suspects in comparable situations.[37] Fryer, for what it’s worth, is both black and of the political left. A few facts involving race and the use of deadly force:
"In 2015, the cops shot 987 people; a huge majority were armed or threatening deadly force, and blacks represented 26 percent of those shot.
"Police officers are 18.5 times more likely to be shot by a black male than an unarmed black male is to be killed by the police.[38]
A deadly force lab study from Washington State University found that participants were biased in favor of black suspects in simulated threat scenarios.[39]
In 2015, the DOJ analyzed the Philadelphia Police Department and found that white officers were less likely than black or Hispanic officers to shoot unarmed black suspects.[40]"
By the way, over 700 police and other law enforcement officers have been injured by so-called "peaceful protestors" over the past two weeks - and that's just in New York City. Over 50 members of the US Secret Service have been injured in Washington, DC., many related to those "peaceful protests" a week ago last Sunday outside the White House when St. John's Church was burned. You can see the entire list of injured or killed officers during recent riots here.
Posted by Bucknelldad at 4:55 PM